Ancient Astronaut theorists believe aliens have been visiting earth for thousands of years. If so, might we find evidence of this even in the stories of America’s Old West? In Aurora, Texas, the local cemetery claims to hold the body of an alien whose ship crashed there in 1897.
In Utah, petroglyphs depict strange beings wearing what look like space suits. In southern California, 19th century ranchers reported seeing an otherworldly creature emerge from Elizabeth Lake.
And even in Tombstone, Arizona, the home of Wyatt Earp and the site of the gunfight at the O.K. Corral, cowboys claimed to have shot at a giant, metallic bird Are these simply campfire tales, or did the cowboys and native people of America’s Wild West actually come in contact with alien beings from another – much more distant – frontier?
Hindu scripture describes an enormous flying creature called a Garuda that shook the ground when it landed on Earth. Is it possible that this monster was actually a misinterpreted alien craft? Are hybrids like the Centaur, the Minotaur and Medusa just mythical creatures of fantasy – or could these ancient depictions of terrifying monsters have been the result of advanced extraterrestrial transplantation procedures?
Are sacred places the product of man’s reverence for God – or the result of contact with ancient space travelers? Jerusalem’s Temple Mount has been called a heavenly gateway. Islam’s shrine at Mecca displays a Black Stone believed to have fallen from heaven. And the temple at Baalbek, Lebanon was built on a massive stone structure resembling a landing pad. Did man encounter divine beings at these holy places, or might they have met ancient extraterrestrials? 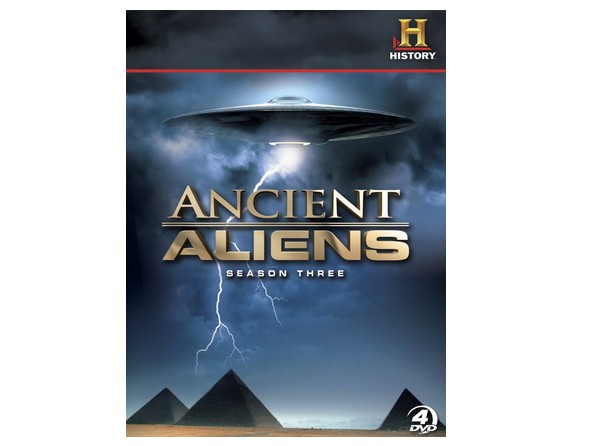