Everything changes for savvy CIA operative Annie Walker (Piper Perabo, Looper) in season three of the hit series Covert Affairs.  Reassigned to a new and even more covert division of the Agency, Annie takes on missions that become personal and finds herself on dangerous forays into inhospitable territory, while a series of explosive revelations force her to question her role and what (and who) matters most.  From the producers of The Bourne Trilogy and co-starring Christopher Gorham (Ugly Betty), Kari Matchett (Leverage), and Peter Gallagher (The O.C.), watch all 16 action-packed episodes back to back and uninterrupted of the pulse-racing series that “will keep you at the edge of your seat” (Jeanne Jakle, San Antonio Express News).  International shooting locations this season include Moscow, Paris, Barcelona, Morocco and Puerto Rico. 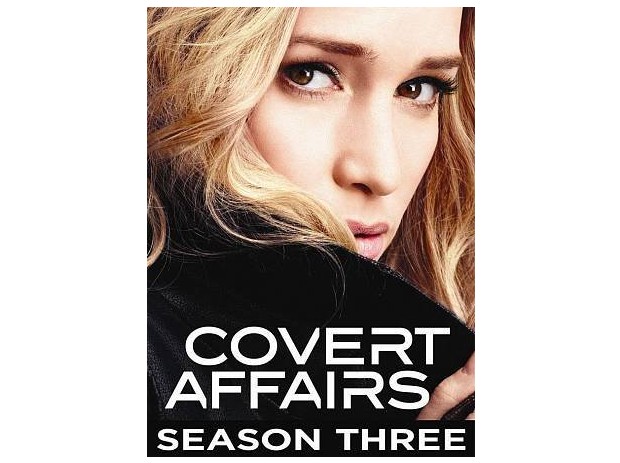 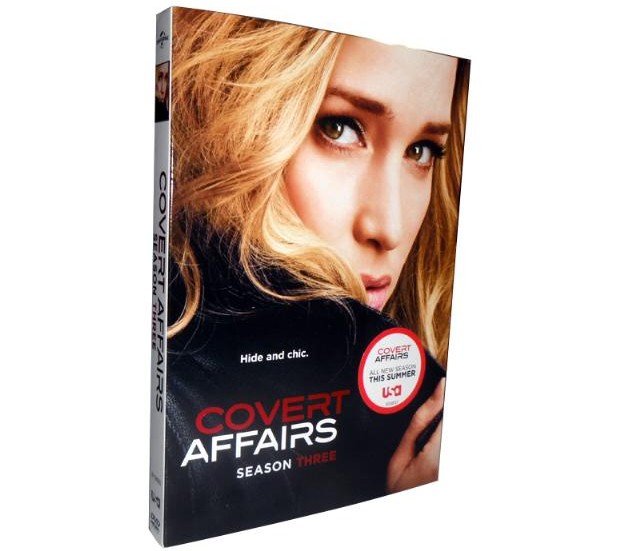 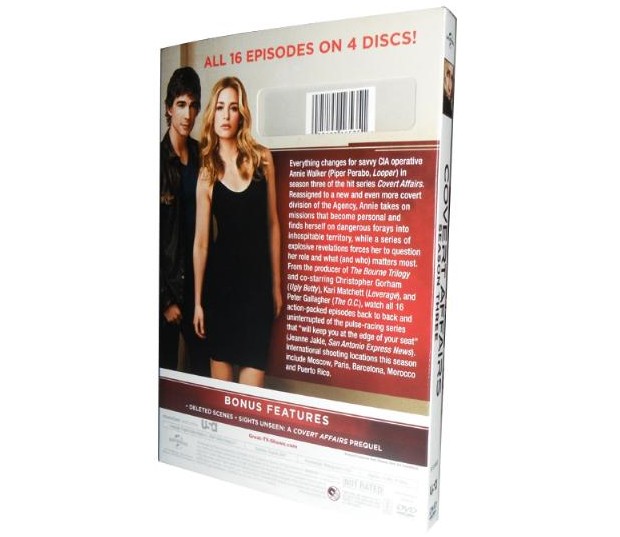 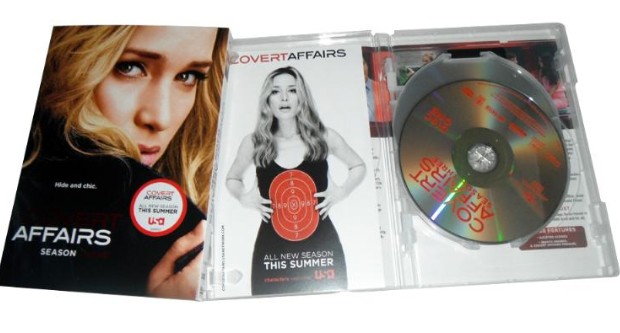 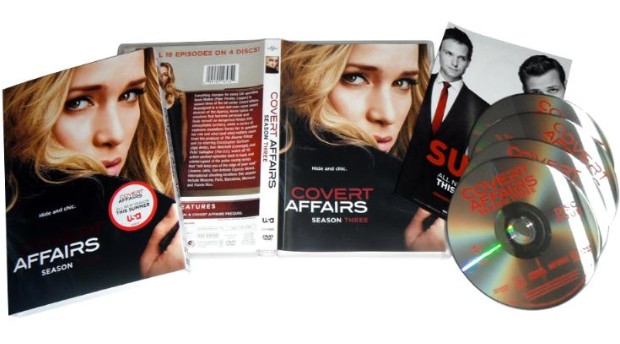 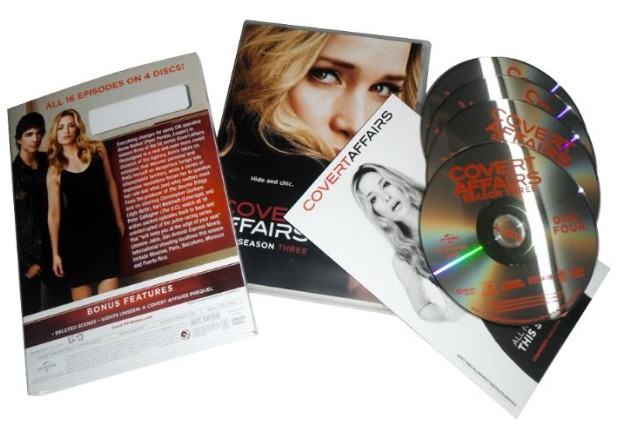 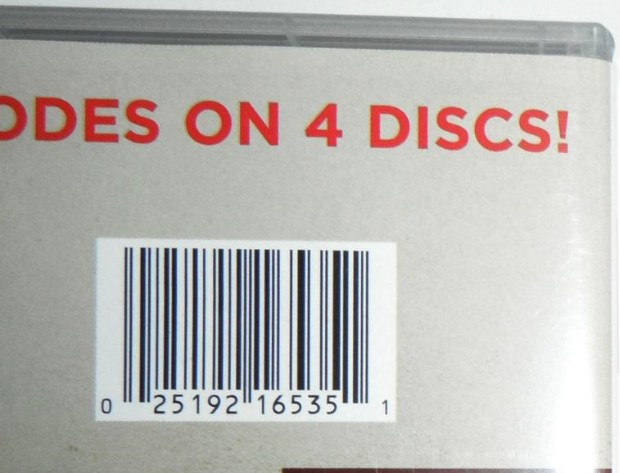 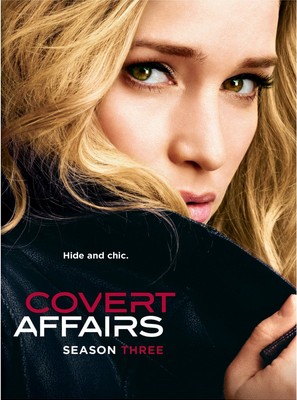