Green Acres is an American sitcom starring Eddie Albert and Eva Gabor as a couple who move from New York City to a country farm. Produced by Filmways as a sister show to Petticoat Junction, the series was first broadcast on CBS, from September 15, 1965, to April 27, 1971. All episodes were filmed in color.

Receiving solid ratings during its six-year run, Green Acres was cancelled in 1971 as part of the “rural purge” by CBS. The sitcom has been in syndication and is available on DVD and VHS releases. In 1997 the two-part episode “A Star Named Arnold is Born” was ranked #59 on TV Guide’s 100 Greatest Episodes of All Time.

Oliver Douglas (Academy Award nominee Eddie Albert) is a well-read lawyer who has had enough of the hustle and bustle of New York, so he pulls up stakes to settle down in a more pastoral setting … much to the dismay of his glamorous wife Lisa (Eva Gabor, The Rescuers), who’s more accustomed to life in The Big Apple than on a small farm. Having said “goodbye, city life”, the Douglases must contend with their new surroundings: a bucolic world of slapstick, silliness, Arnold Ziffel … and don’t get us started on one of television’s most recognizable theme songs! 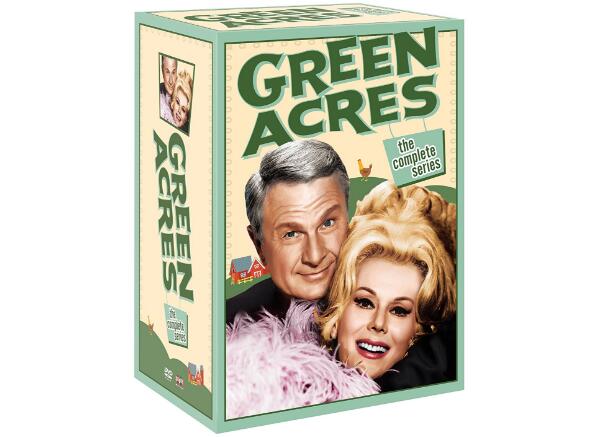 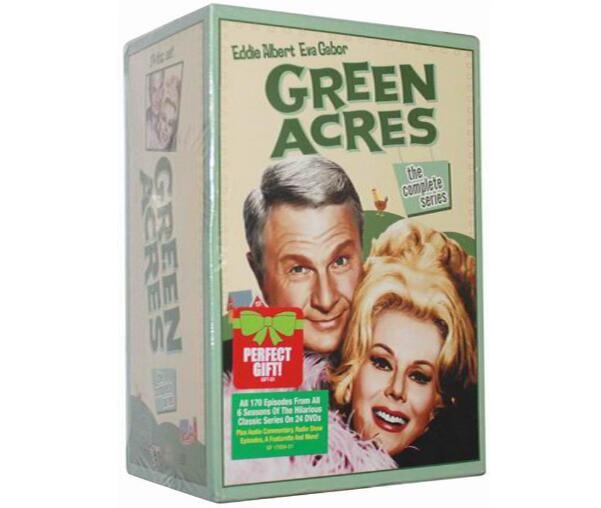 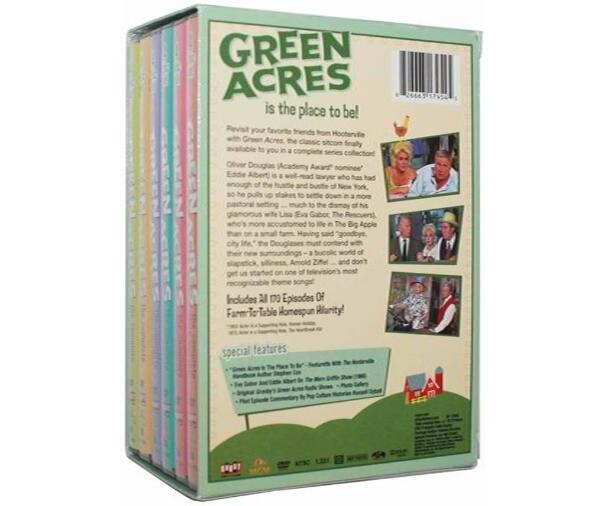 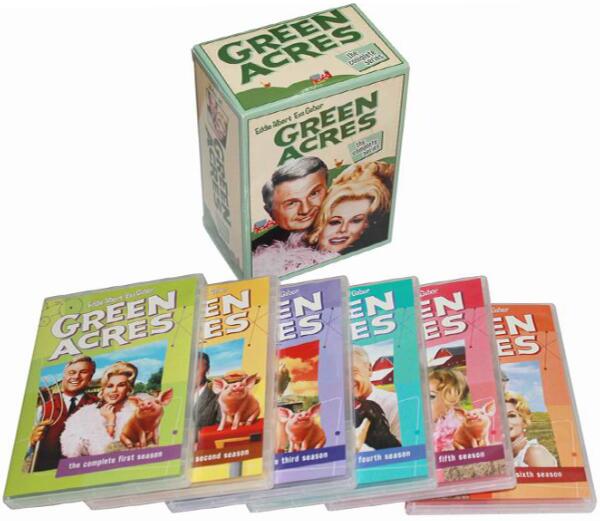 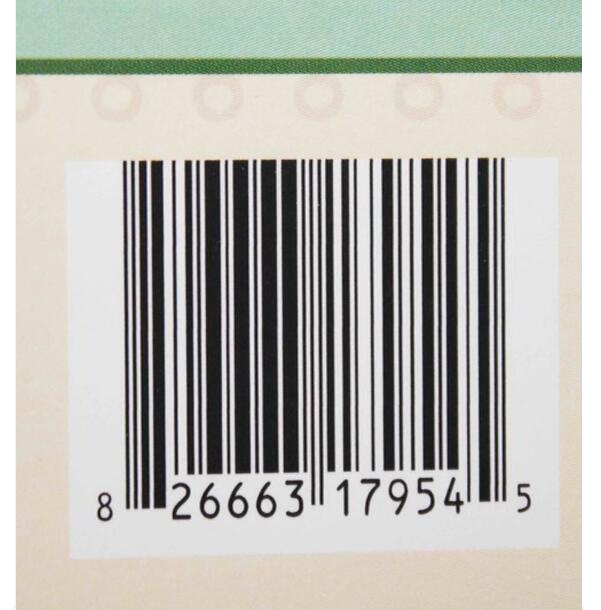 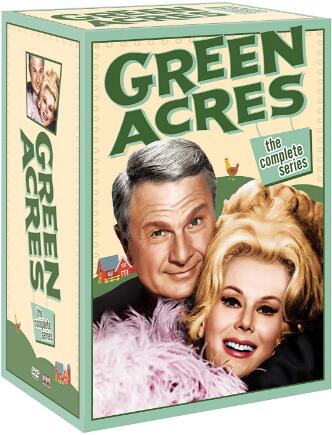