One Tree Hill, which seemed to have lost its way a bit in seasons six and seven, returns with a vengeance–and terrific writing and acting–in season eight. The season involves most of the cast members dealing with the aftermath of the season-seven finale, which concerned a shooting (and the first episode of this season tried for a fake-out, “it’s only a dream,” twist, but happily got things back on track in reality in Tree Hill). There are a lot of heated hookups and breakups, and Brooke (Sophia Bush, one of the series’ consistently best actors) has twins. Brooke’s pregnancy, in fact, is one of the sweetest recurring themes in the season. And for those of you who love Chase, this season features a pretty intriguing love triangle among Chase (Stephen Colletti), Mia (Kate Voegele), and Alex (Jana Cramer). This season of One Tree Hill experiments with time travel, flashbacks, and dream sequences much more than any other season of the show, and at times the experiments seem gimmicky. There are also times when all but the most hardcore fans who’ve watched every episode, every season, may be a little lost. But it’s worth it to hang in there. The evolution of the characters’ inner lives takes deep and convincing new turns in season eight, especially as the high-schoolers of season one have truly grown up and become young adults, married couples, and parents. And season eight of One Tree Hill also features a startling finale that could have served to end the series, as had been briefly rumored. (Instead, the ninth season will be the last for One Tree Hill.) Fans of young-skewing dramas and soaps like Smallville, Vampire Diaries, and even golden oldies like Melrose Place will find a lot to like in One Tree Hill. This boxed set is also overflowing with great extras, including a gag reel, deleted scenes, a making-of feature on the Halloween episode, and a great in-depth look at the writing, directing, and acting in the season-eight finale. 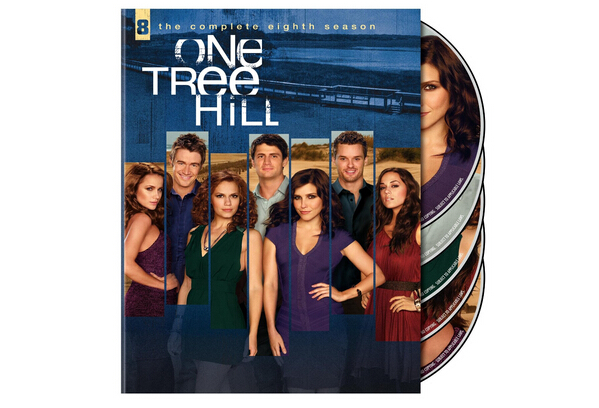 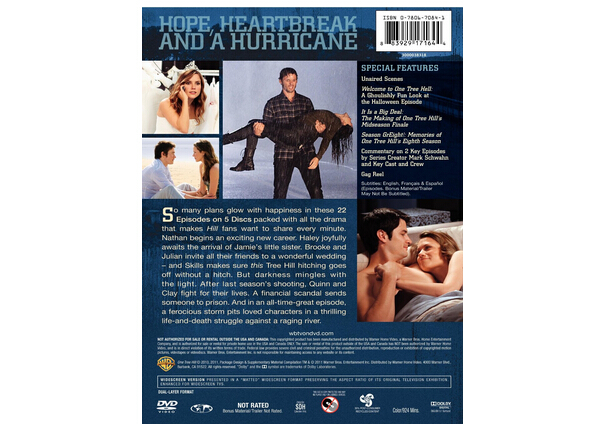 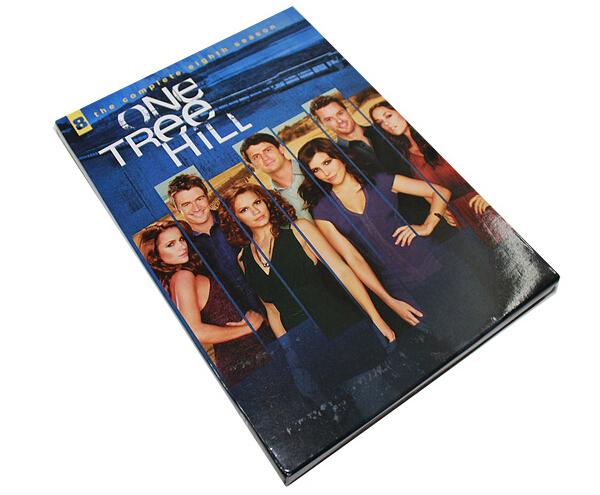 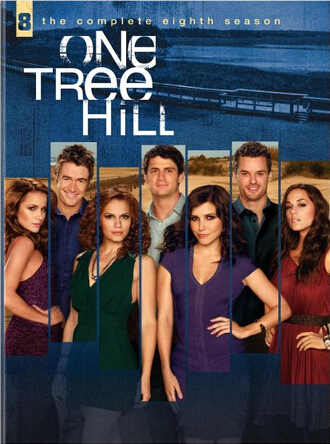