In an anthill with millions of inhabitants, Z 4195 is a worker ant. Feeling insignificant in a conformity system, he accidentally meets beautiful Princess Bala, who has a similar problem on the other end of the social scale. In order to meet her again, Z switches sides with his soldier friend Weaver – only to become a hero in the course of events. By this he unwillingly crosses the sinister plans of ambitious General Mandible (Bala’s fiancé, by the way), who wants to divide the ant society into a superior, strong race (soldiers) and an inferior, to-be-eliminated race (the workers). But Z and Bala, both unaware of the dangerous situation, try to leave the oppressive system by heading for Insectopia, a place where food paves the streets.

With a superstar cast and breakthrough visual effects, Dreamworks’ spectacular comedy adventure, Antz, became “king of the hill” with audiences and movie critics alike. Everyone digz Antz!
Life is no picnic for Z, a small worker ant with some very big ideas whose chances of landing the beautiful Princess Bala are literally one in a billion. But when Z convinces his soldier ant buddy to switch places with him, his simple life takes a wild turn. From his battle in the termite war to his search for “Insectopia”, Z’s adventures land him in a final confrontation with the ruthless General Mandible who has planned to liquidate the colony. Once the most insignificant of workers, Z may just turn out to be the biggest hero of them all! 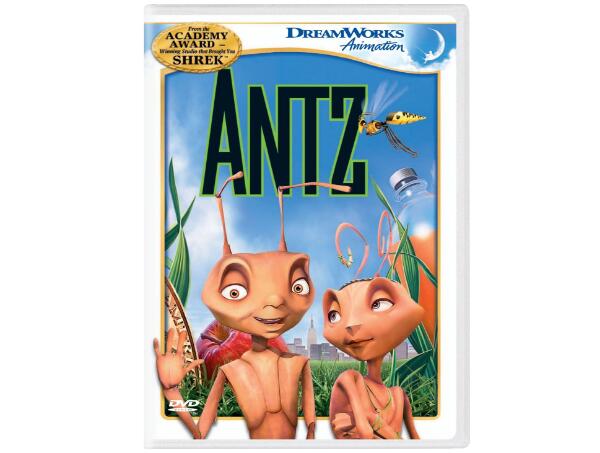 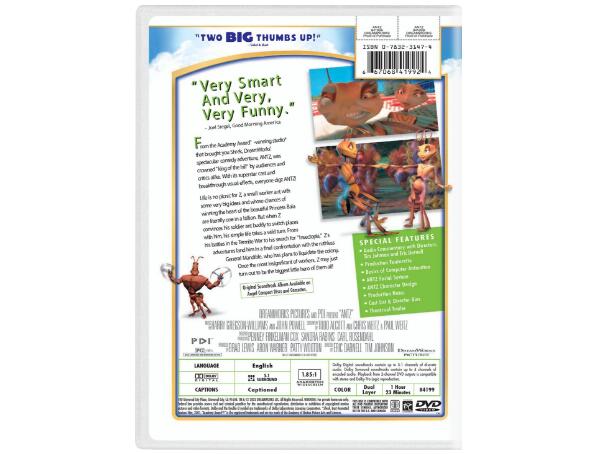 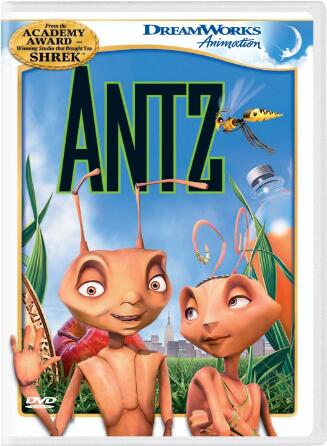