Descendants 3 is an American musical fantasy[1][2] television film, which is the third installment in the Descendants series, following Descendants and Descendants 2. It is written by Sara Parriott and Josann McGibbon, and is directed by Kenny Ortega. The film premiered on Disney Channel on August 2, 2019.

This highly anticipated trequel continues the contemporary saga of good versus evil as the teenage daughters and sons of Disney’s most infamous villains — Mal, Evie, Carlos and Jay (also known as the villain kids or VKs) — return to the Isle of the Lost to recruit a new batch of villainous offspring to join them at Auradon Prep. When a barrier breach jeopardizes the safety of Auradon during their departure off the Isle, Mal resolves to permanently close the barrier, fearing that nemeses Uma and Hades will wreak vengeance on the kingdom. Despite her decision, an unfathomable dark force threatens the people of Auradon, and it’s up to Mal and the VKs to save everyone in their most epic battle yet. 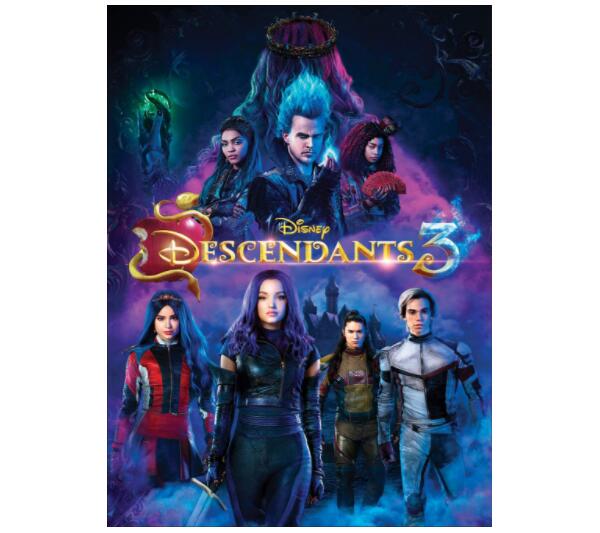 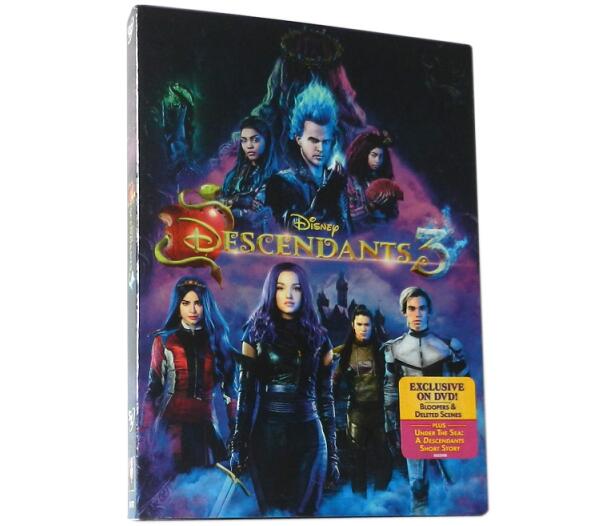 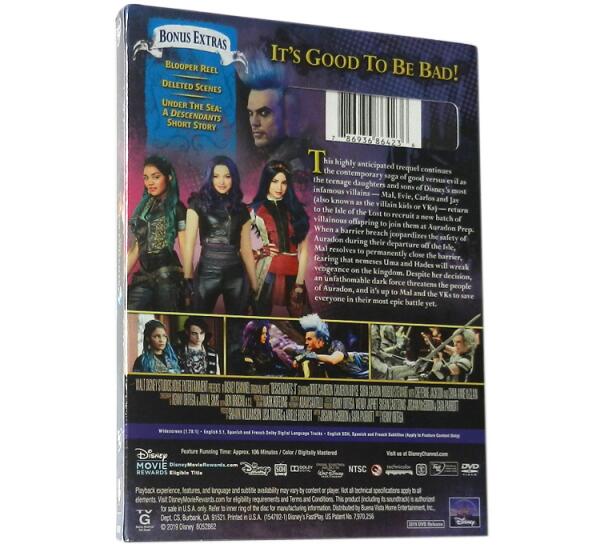 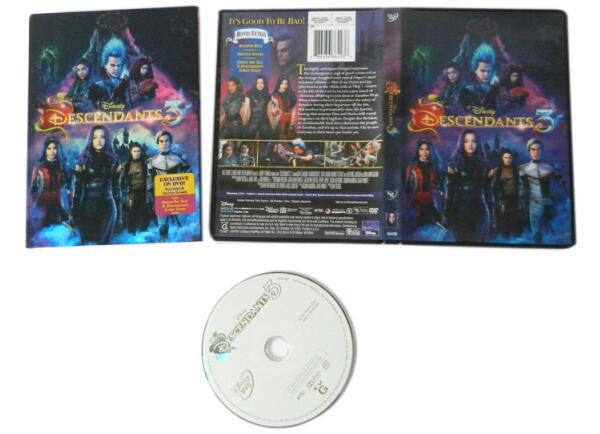 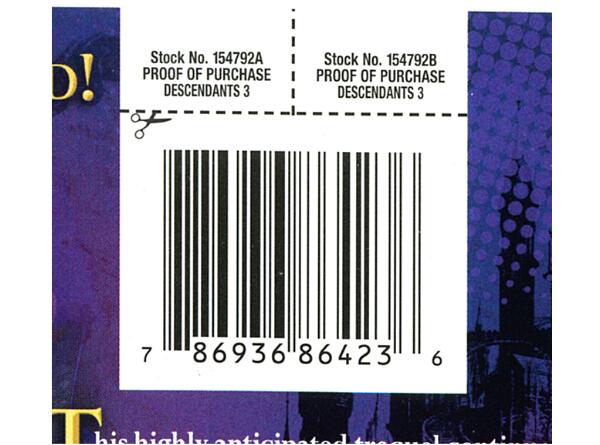 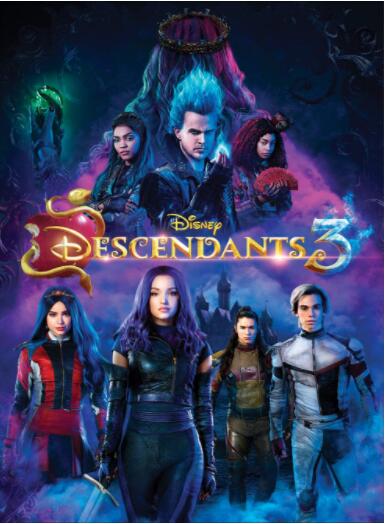