This enchanting tale begins in Paris, when a kind and eccentric millionairess wills her entire estate to her family a family of adorable high-society cats. But when Edgar, the greedy butler, overhears her plan, he catnaps Duchess, the elegant, soft-spoken mother, and her three mischievous kittens and abandons them in the French countryside. Soon, they re being escorted home by the charming Thomas O Malley, a rough-and-tumble alley cat, who takes them to his pad along the way, where Scat Cat and his band of swingin jazz cats perform the memorable Ev rybody Wants To Be A Cat. Enriched by highstyle Disney animation (The New Yorker) and toe-tapping music by Academy Award® winning songwriters the Sherman brothers, The Aristocats is a timeless treasure and the last animated feature to get the nod from Walt Disney himself. 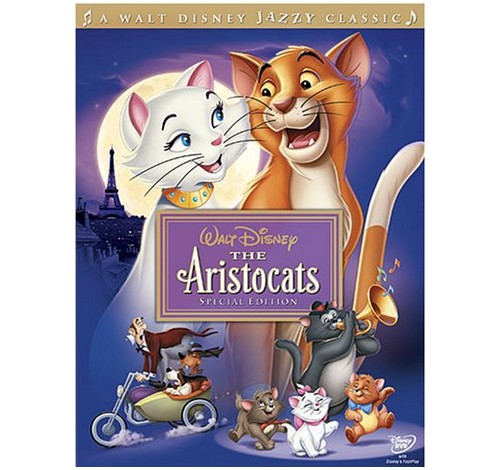 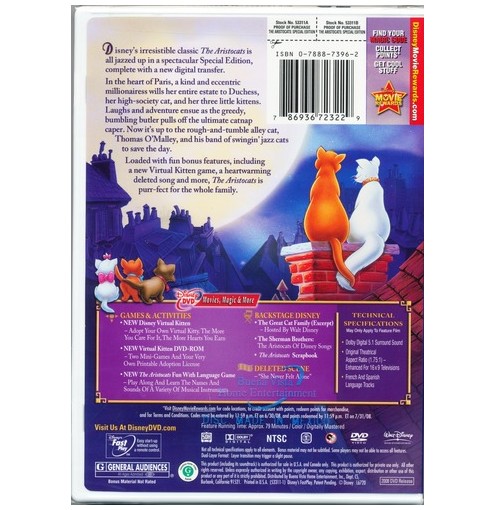 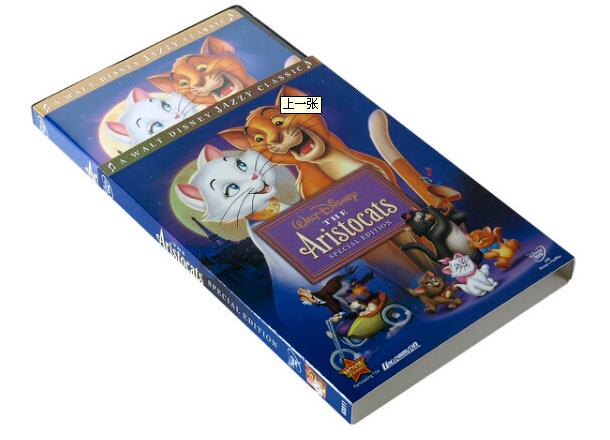 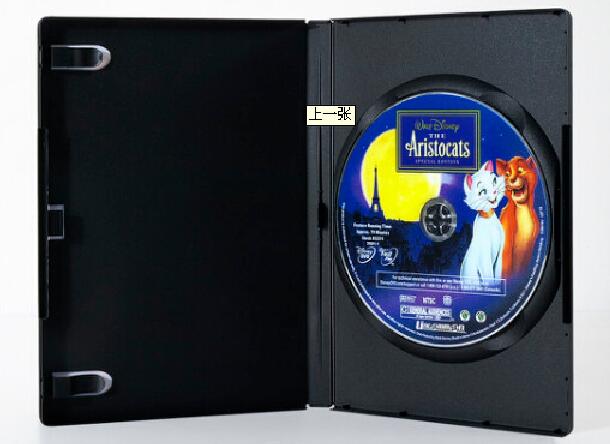 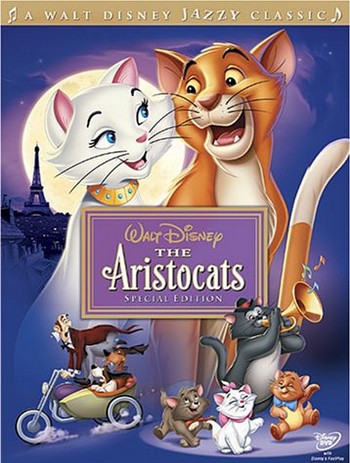