The little deer is over 60 years old, but he’s never looked better. The 1942 Disney film has been painstakingly restored for DVD so that almost every trace of dirt and damage is gone, and the colors are brilliant. It might not look as sharp as modern films, but that’s due in large part to the film’s gauzy style. The Disney Enhanced Home Theater mix provides a much fuller sound than the original mono option, but is not very aggressive about using the rear speakers. (Unlike on other Disney DVDs, there is no other English Dolby 5.1 option.) In lieu of a commentary track, there’s a “dramatic reenactment” reading of early discussions of the film between Walt Disney and his team. The reading accompanies the film (with insets of sketches and stills) and illustrates how closely the finished product embodies the original vision. That’s further shown in the second disc’s bounty of archival material. Particularly interesting is a look at the authentic art materials stored in the vaults. There are a variety of proposed characters and scenes that never made it into the film in order to keep the story streamlined. As another example, one of the deleted scenes has been reconstructed using sketches, voice-overs, and music, and it’s a perfectly fine moment of Bambi discovering snow, but it’s not really needed alongside the classic ice scene. A very fine 53-minute documentary discusses the production and even interviews some of the voice actors. Kids get fewer extras than grown-ups, but they can play a multi-part game (memory, counting, etc.), read along with a Thumper story, and see some footage of real animals juxtaposed with their animated counterparts. 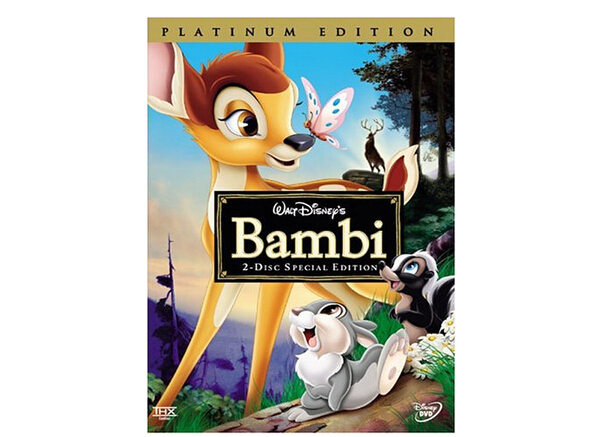 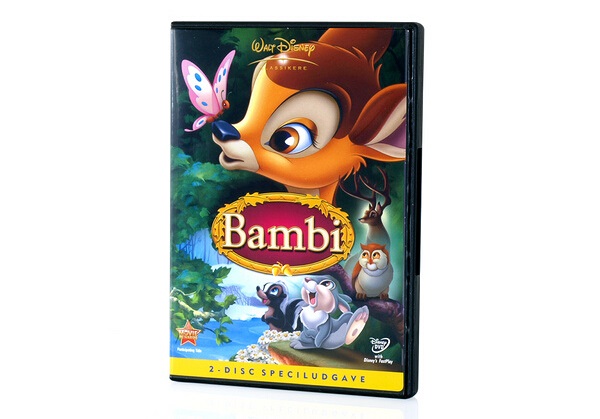 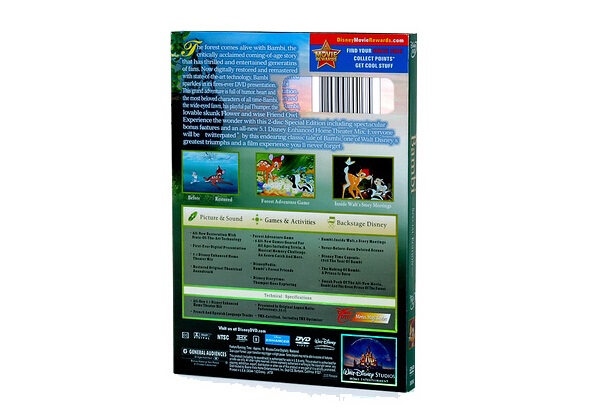 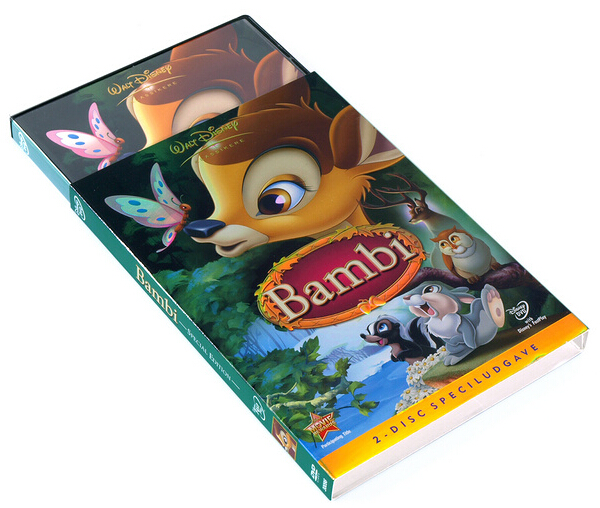 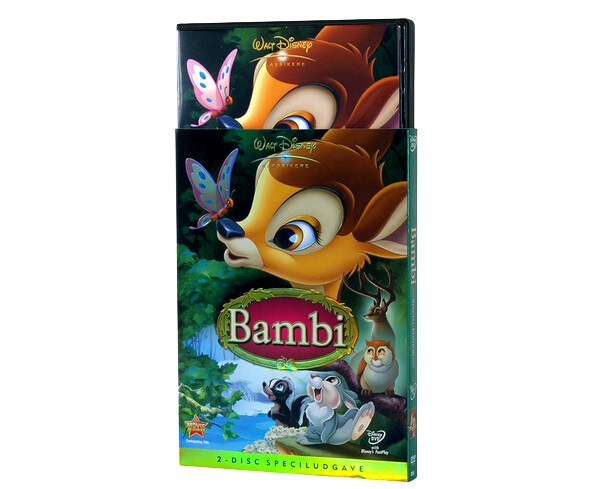 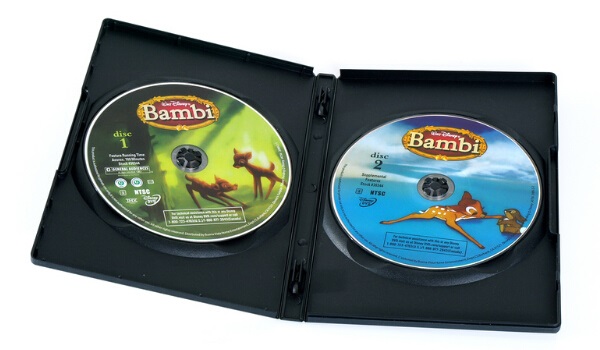 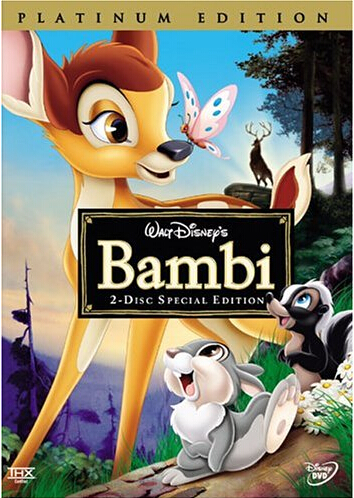