The Adventures of Tintin: Complete Collection

The Adventures of Tintin adapts one of the world’s best-loved characters into a extremely faithful and entertaining animated television series. A Canadian production broadcast in the U.S. on HBO, the series vividly captures the intrepid reporter and his colorful friends (including his dog, Snowy, the blustery Captain Haddock, the brilliant but absent-minded Professor Calculus, and the detective twins Thompson and Thomson) as they travel the world on adventures that mix action, mystery, and humor. The books were originally written in French by the Belgian author Hergé (though Tintin himself is a British character), but this set is in English.

Finally, The Adventures of Tintin on DVD! More than 200 million books have been sold and two feature length movies have been made – and now the award-winning Adventures of Tintin are available on DVD in its entirety! Join Tintin, Snowy, Captain Haddock, Prof. Tournesol and the Thompson Twins, on a series of gripping adventures, and watch as they confront their enemies, unravel mysteries and search for truth and justice, all around the world. The entire series of 39 episodes is in this whopping 21 disc collection!
1. The Crab with the Golden Claws
2. The Secret of the Unicorn
3. Red Rackham’s Treasure
4. Cigars of the Pharaoh
5. The Blue Lotus
6. The Black Island
7. The Calculus Affair
8. The Shooting Star
9. The Broken Ear
10. King Ottokar’s Sceptre
11. Tintin in Tibet
12. Tintin and the Picaros
13. Land of Black Gold
14. Flight 714
15. The Red Sea Sharks
16. The Seven Crystal Balls
17. Prisoners of the Sun
18. The Castafiore Emerald
19. Destination Moon
20. Explorers on the Moon
21. Tintin in America 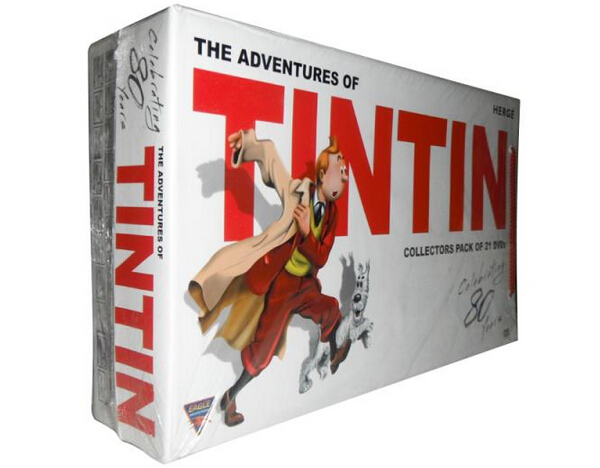 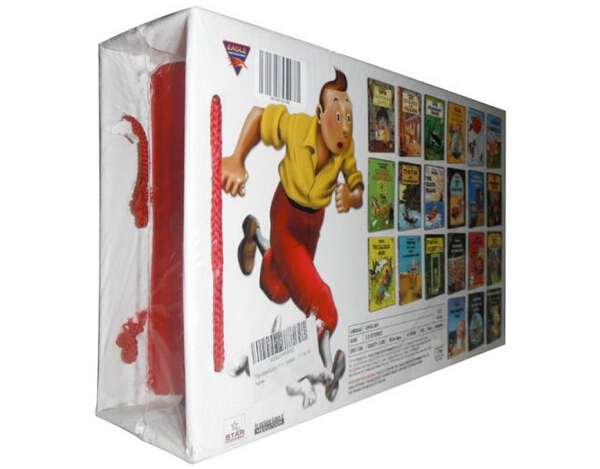 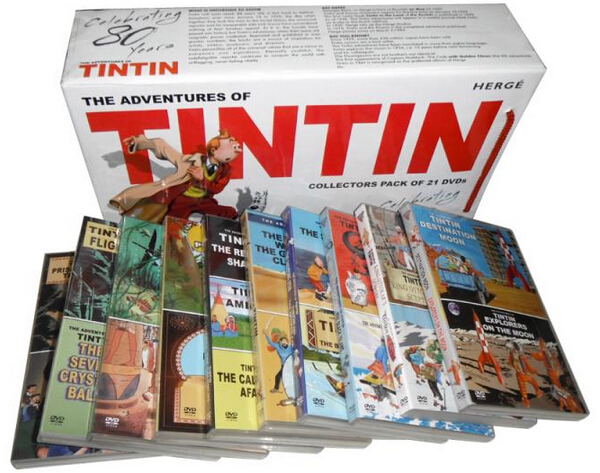 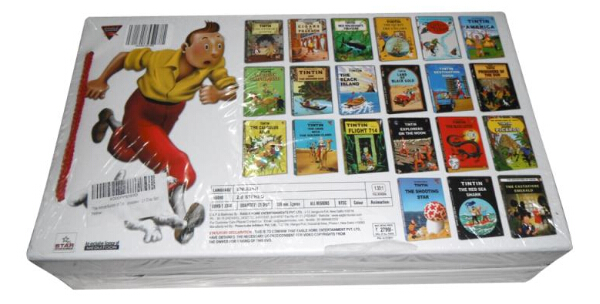 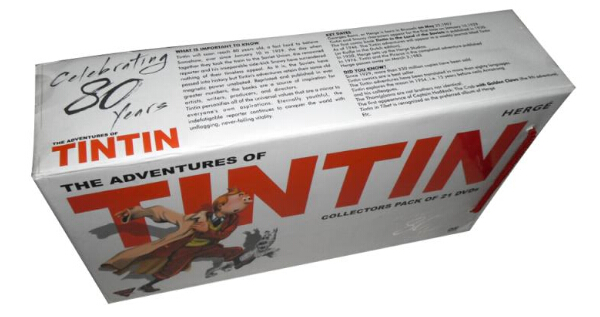 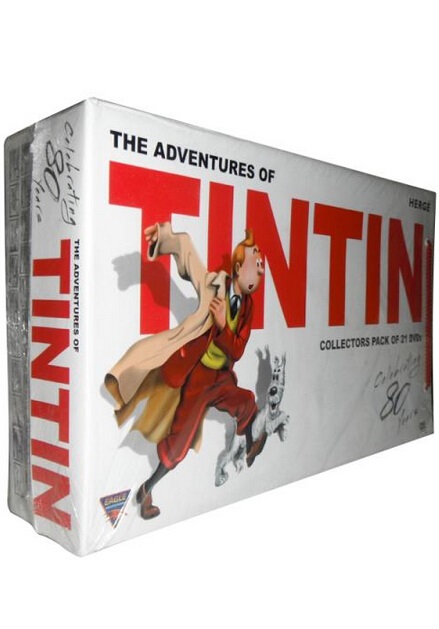