Indiana Jones and the Raiders of the Lost Ark
Indiana Jones (Harrison Ford) is no ordinary archeologist. When we first see him, he is somewhere in the Peruvian jungle in 1936, running a booby-trapped gauntlet (complete with an over-sized rolling boulder) to fetch a solid-gold idol. He loses this artifact to his chief rival, a French archeologist named Belloq (Paul Freeman), who then prepares to kill our hero. In the first of many serial-like escapes, Indy eludes Belloq by hopping into a convenient plane. So, then: is Indiana Jones afraid of anything? Yes, snakes. The next time we see Jones, he’s a soft-spoken, bespectacled professor. He is then summoned from his ivy-covered environs by Marcus Brody (Denholm Elliott) to find the long-lost Ark of the Covenant. The Nazis, it seems, are already searching for the Ark, which the mystical-minded Hitler hopes to use to make his stormtroopers invincible. But to find the Ark, Indy must first secure a medallion kept under the protection of Indy’s old friend Abner Ravenwood, whose daughter, Marion (Karen Allen), evidently has a “history” with Jones. Whatever their personal differences, Indy and Marion become partners in one action-packed adventure after another, ranging from wandering the snake pits of the Well of Souls to surviving the pyrotechnic unearthing of the sacred Ark. A joint project of Hollywood prodigies George Lucas and Steven Spielberg, with a script co-written by Lawrence Kasdan and Philip Kaufman, among others, Raiders of the Lost Ark is not so much a movie as a 115-minute thrill ride. Costing 22 million dollars (nearly three times the original estimate), Raiders of the Lost Ark reaped 200 million dollars during its first run. It was followed by Indiana Jones and the Temple of Doom (1985) and Indiana Jones and the Last Crusade (1989), as well as a short-lived TV-series “prequel.”

Indiana Jones and the Temple of Doom
The second of the George Lucas/Steven Spielberg Indiana Jones epics is set a year or so before the events in Raiders of the Lost Ark (1984). After a brief brouhaha involving a precious vial and a wild ride down a raging Himalyan river, Indy (Harrison Ford) gets down to the problem at hand: retrieving a precious gem and several kidnapped young boys on behalf of a remote East Indian village. His companions this time around include a dimbulbed, easily frightened nightclub chanteuse (Kate Capshaw), and a feisty 12-year-old kid named Short Round (Quan Ke Huy). Throughout, the plot takes second place to the thrills, which include a harrowing rollercoaster ride in an abandoned mineshaft and Indy’s rescue of the heroine from a ritual sacrifice. There are also a couple of cute references to Raiders of the Lost Ark, notably a funny variation of Indy’s shooting of the Sherpa warrior.

Indiana Jones and the Last Crusade
The third installment in the widely beloved Spielberg/Lucas Indiana Jones saga begins with an introduction to a younger Indy (played by the late River Phoenix), who, through a fast-paced prologue, gives the audience insight into the roots of his taste for adventure, fear of snakes, and dogged determination to take historical artifacts out of the hands of bad guys and into the museums in which they belong. A grown-up Indy (Harrison Ford) reveals himself shortly afterward in a familiar classroom scene, teaching archeology to a disproportionate number of starry-eyed female college students in 1938. Once again, however, Mr. Jones is drawn away from his day job after an art collector (Julian Glover) approaches him with a proposition to find the much sought after Holy Grail. Circumstances reveal that there was another avid archeologist in search of the famed cup — Indiana Jones’ father, Dr. Henry Jones (Sean Connery) — who had recently disappeared during his efforts. The junior and senior members of the Jones family find themselves in a series of tough situations in locales ranging from Venice to the most treacherous spots in the Middle East. Complicating the situation further is the presence of Elsa (Alison Doody), a beautiful and intelligent woman with one fatal flaw: she’s an undercover Nazi agent. The search for the grail is a dangerous quest, and its discovery may prove fatal to those who seek it for personal gain. Indiana Jones and the Last Crusade earned a then record-breaking $50 million in its first week of release.

Indiana Jones and the Kingdom of the Crystal Skull
Steven Spielberg and George Lucas bring you the greatest adventurer of all time in “a nonstop thrill ride” (Richard Corliss, TIME) that’s packed with “sensational, awe-inspiring spectacles” (Roger Ebert, Chicago Sun-Times). Indiana Jones and the Kingdom of the Crystal Skull finds Indy (Harrison Ford) trying to outrace a brilliant and beautiful agent (Cate Blanchett) for the mystical, all-powerful Crystal Skull of Akator. Teaming up with a rebellious young biker (Shia LaBeouf) and his spirited original love Marion (Karen Allen), Indy takes you on a breathtaking action-packed adventure in the exciting tradition of the classic Indiana Jones movies! 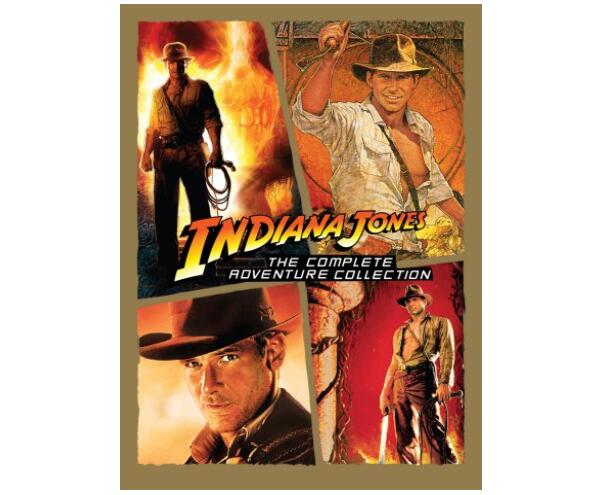 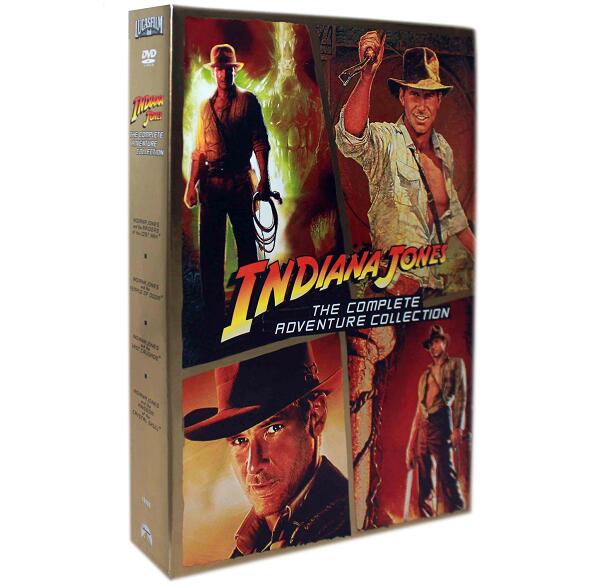 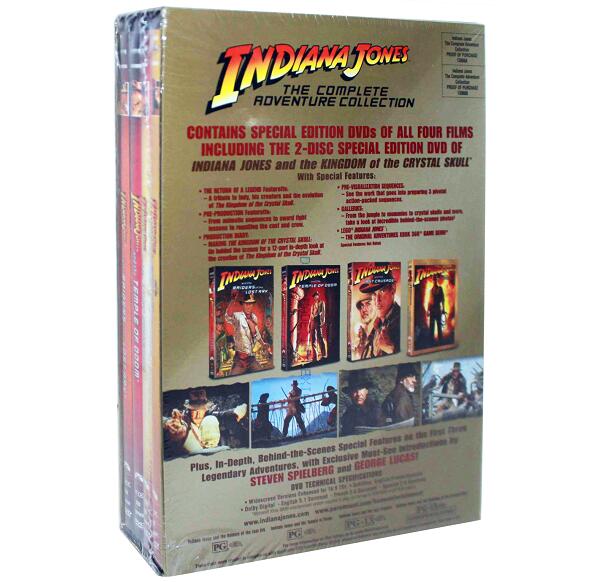 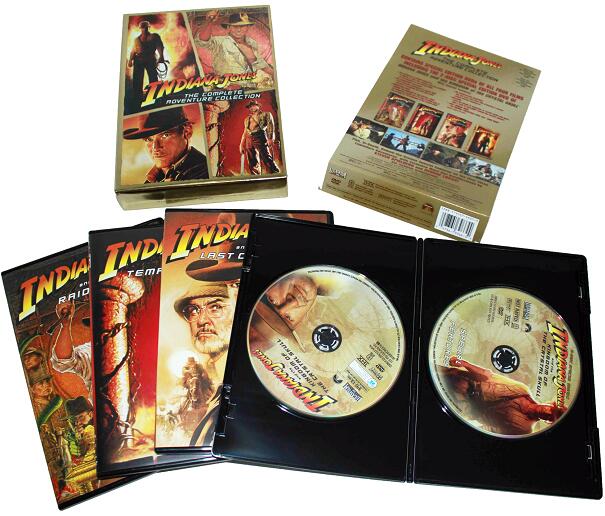 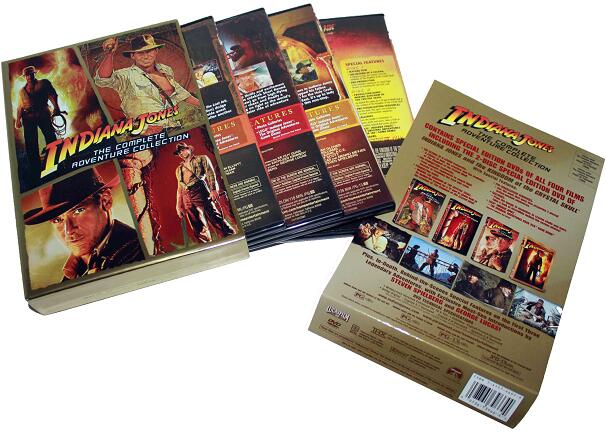 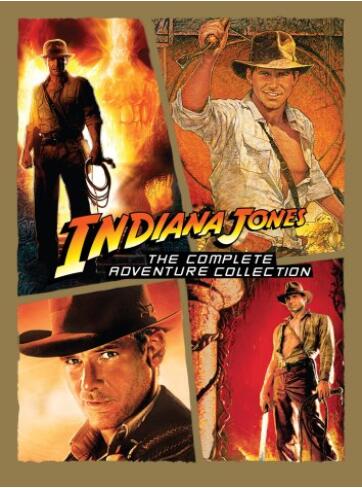